My 5-hour long stay in Cambodia

I just arrived in Cambodia. The only reason I’m here is to stay in Thailand. Confused? Read on.

Tourists can only stay in Thailand for one month without a Visa. The only way to extend the stay is to cross the border. I chose to fly to Cambodia and back as entering by airplane let’s you stay for 30 days contrary to land/sea which only lets you stay for 15 days.

Initially I wanted to go through transfer instead of immigration (and applying for a Visa) as I’m actually going back later today. Unfortunately Bangkok would not approve my .. uh, something (I forgot), unless I went through immigration, a helpful Bangkok Airways employee told me (great airline company, read my praising about them).

He also told me there was a chance that I could take the same airplane I arrived with back to Thailand. Unfortunately after I’d legally entered Cambodia there was not enough time to ninja my way back.

Immigration. After leaving my personal information on a piece of paper, the employee proceeded by taking my fingerprints. I reluctantly followed command and now my fingerprints are in the database of the Cambodian government. Sweet..

Oh, and later two dudes in military uniforms with machine guns and a dog walked past me. That was kinda uncomfortable. You kinda get the vibe that liberal values may not be so popular here. Police in Thailand carry guns as well but at least they keep them holstered..

Oy, found something cool. What you can not (can I stress it enough?) bring on an airplane in Cambodia: 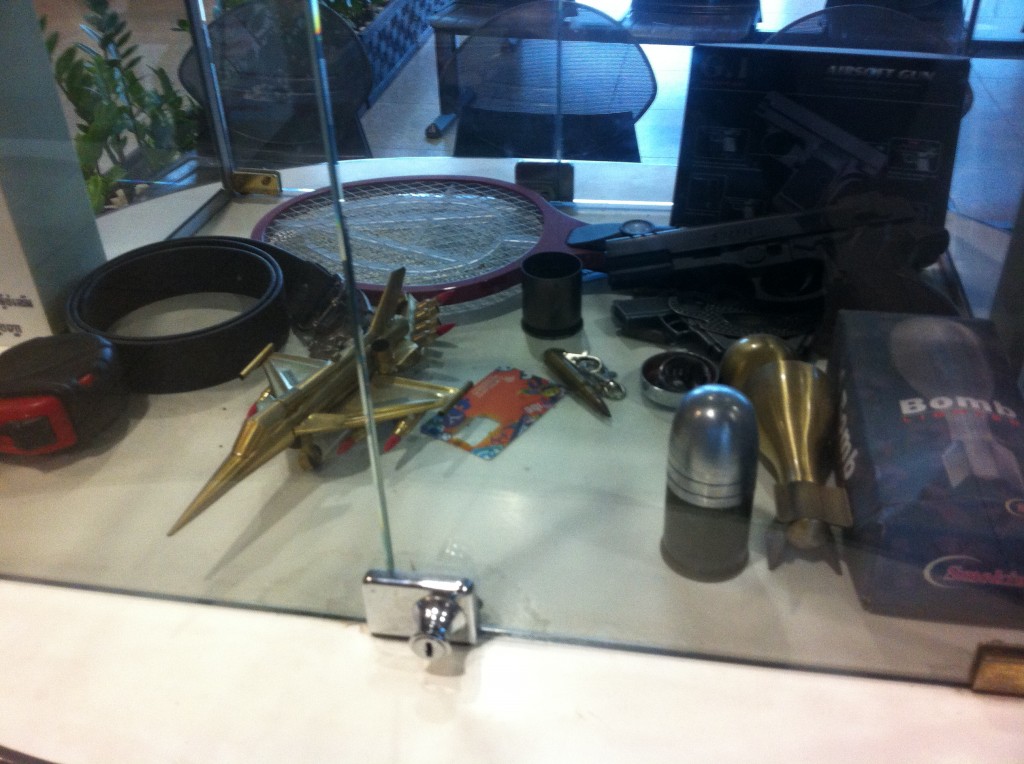 Do not bring bombs, grenade shells, mosquito tazers, bullets and airplanes.. onboard airplanes. 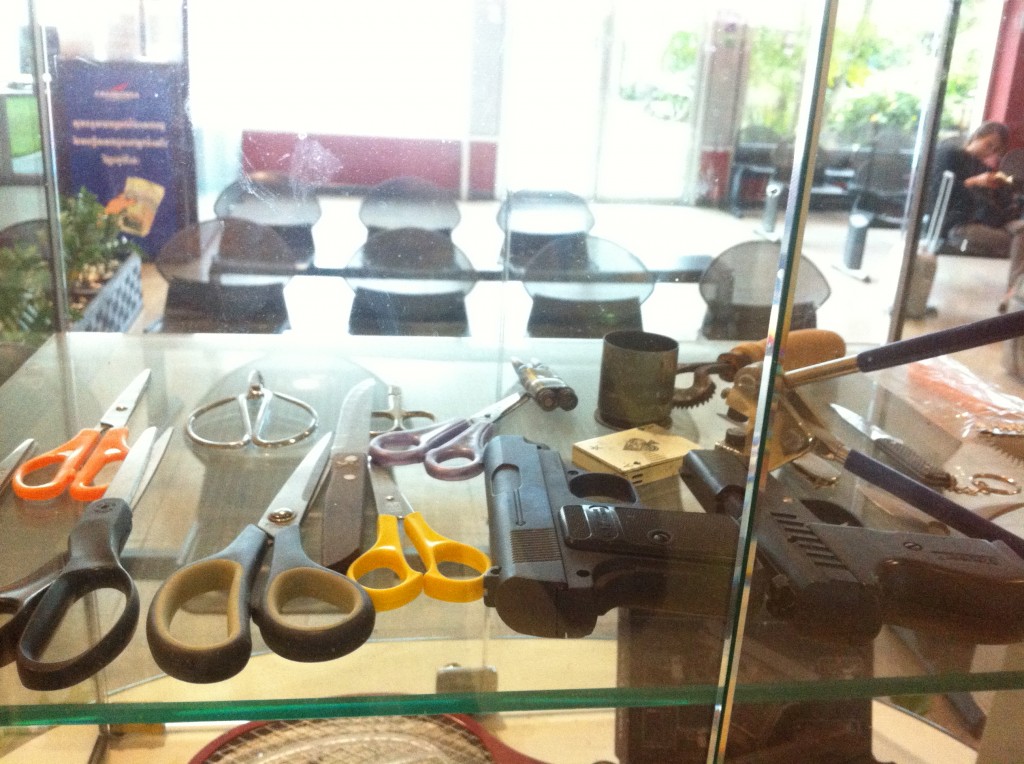 Do not bring scissors, doctor/dental/general tools, knives, guns and ninja stars (5 points if you can spot it..) 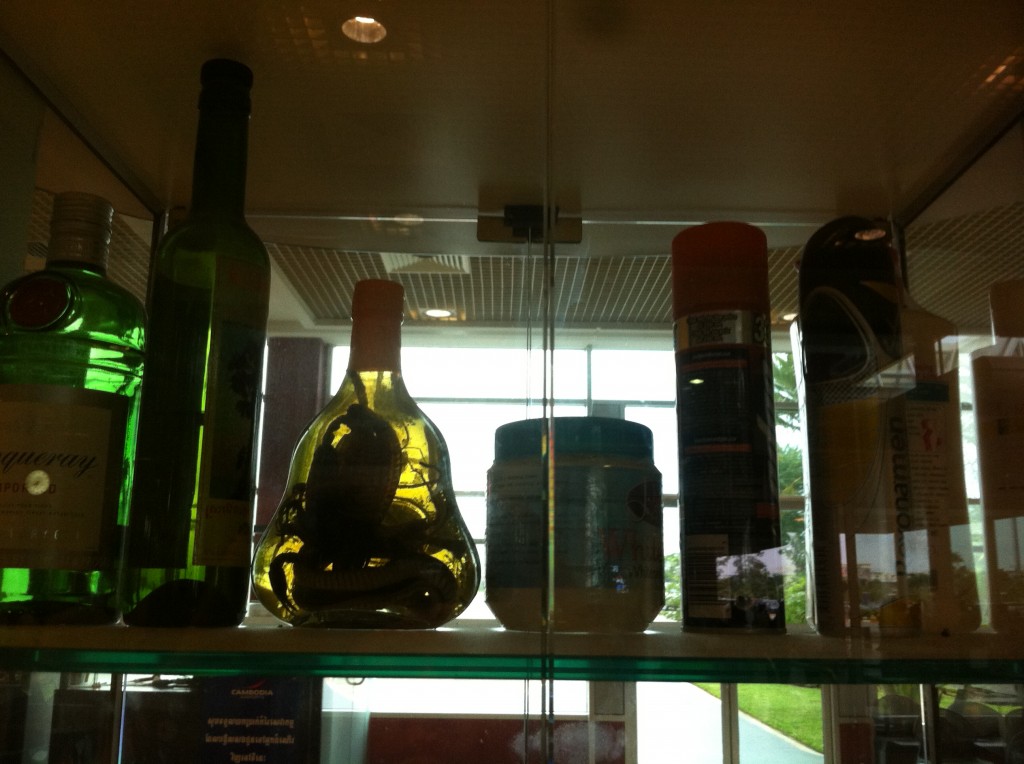